The Facebook Messenger seems to be haunting the users by popping the years old messages. Those messages that are old are being marked as unread and there is just no explanation for this. Facebook is trying to search for the bug that has created a bit of confusion here. First, this issue was reported on Twitter, the company has already accepted that something has happened over this platform and the old messages are treated as unread. Facebook’s Spokesperson has shown his concern over this and has confirmed that they are already working to sort out this confusion. They have also stated their apologies for the same.

Thank you @facebook for sending me notifications of messages sent over a year old. Many were from the day my partner, Dean, passed away & now I’ve spent my evening in fear of what else I’m going to see.

In the year 2015 Facebook had come up with the recall feature where the users can see what happened on this day. But this is notorious and people might not want to go back to their past. It is ridiculous when you have to face your past once again. Maybe you might find it awkward or painful and yet you have to face it. Then, for this 2015 feature, the edits and controls were introduced for the users. This is because there are some things that you want to get rid of. So, such memories can be edited and controlled.

However, this time the old message bug is not an intentionally introduced feature. It is just something even Facebook was not aware of. Apart from their apologies over the issue, they are working quickly over the same to avoid all sorts of embarrassment among the users. 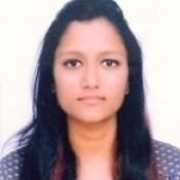