Recently two senior lawmakers in US government cautioned cabinet of President Donald Trump about the Chinses telecommunication company ZTE’s venture in Venezuela might have violated the settlement agreement with the US government. Republican Senator Marco Rubio and Democratic Senator Chris Van Hollen wrote a letter to Secretary of State Mike Pompeo, Commerce Secretary Wilbur Ross, and Treasury Secretary Steven Mnuchin regarding the concern by referring to Reuters report concerning ZTE’s provision of population database for the Venezuelan government.

As per the report, the database lets Venezuelan government watch its people using centralized video surveillance. US Company Dell Technologies has manufactured the storage devices for ZTE Telecommunication Company to be used in China, as the transactions show. But it seems that ZTE misleads Dell Technologies about the end user and the purpose and installed the same devices in Venezuela thus violated the US export policy. For more insights refer: Lawmakers say that China’s reported use of a microchip to target tech giants like Amazon and Apple shows the ‘lengths that Beijing will go to in order to steal’ America’s secrets

It is evident that Venezuela government had agreed with ZTE to create a database and develop a mobile payment system for smart ID cards. ZTE used CANTV, a Venezuelan state telecommunication firm’s offices space. Rubio and Van Hollen, the US lawmakers, are responsible to keep sanctions on ZTE. If the ZTE violates terms of the deal done with Trump administration, then the legislation co-sponsored by two senates will revive the ban to be imposed by the Commerce Department. If ZTE is found violating US sanctions, then ZTE Enforcement Review and Oversight (ZERO) may ban it from buying any US made components. ZTE is the second largest telecommunication company manufacturing telecom equipment in China. Early in 2017 ZTE was fined for selling the US made hardware and software for millions of dollars to Iran and North Korea and in 2018 it was banned by the US Commerce Department for seven years. This resulted in ZTE closing its major operations within weeks. This issue was the reason for discord between US-China trade talks. ZTE had to agree to pay US$1.4billion as fine. 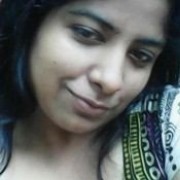