A couple of days back Huawei had announced that it will come up with Nova 4 on December 17th. Yesterday, Samsung floated the news that it will come with Samsung Galaxy A8 and the release date will be 10th of December. These two phones will be in competition because they both are similar in looks, design, and features. Both of them are equipped with display hole for selfie camera. The basic war was who will come first. Samsung played a political game. It was waiting that when would Huawei make a formal announcement about Nova 4 launch. Samsung calculated a week before and decided to launch A8 on that date. Both the phones flaunt the spec Infinity O display. In fact, in one of the sites called Weibo, Samsung has released a poster of Samsung galaxy A8 saying that it is the real Galaxy.

As far as Galaxy A8 is concerned, it is believed that A8 will have a 6.39-inch display with full HD resolution. It would have 6GB RAM and 128GB internal storage which is expandable in nature. It would have a 24 mp sensor in front and there would be display hole too.

Huawei, on the other hand, would launch on December 17th and will have an almost similar design. It will also come with 6GB RAM. There would be a fingerprint sensor in the display.

Looking at both the phones, it seems that the competition is truly going to be stiff. Who wins the race, is yet to be checked. We will keep you updated over this! Till now, it is estimated that Samsung will come up with display hole technology for selfie camera in Galaxy a8. This is expected to be on floor on December 10th. Both Huawei and Samsung are reputed brands and so what’s on the cards for them, let us wait and watch. 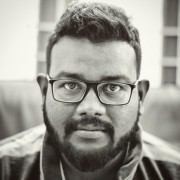