Microsoft is a tech giant that comes with innovative principles and one of its developments with the code name Andromeda may come into existence in the year 2019. In one of the books Beneath a Surface, there have been details about how Microsoft came up with this Andromeda technology. This is actually a surface technology which is foldable in nature. This book has been written by Brad Sams and this book got released on 29th November.

In this book, the author has mentioned that how surface technology evolved in the mind of the tech giant and how even after failing the company came up with something that led them to create a fortune. Andromeda would be a phone with foldable surface technology and it is a combination of phone and tablet and this should be in the hands of the consumers almost as early as next year.
In the meanwhile, there has been news about Samsung’s foldable screen technology in its phones which would release in the first half of the next year. Huawei also has been looking forward to releasing the phone with relevant technology.

It is true that when something noble or different is about to be released there are many other competitors who would come up. But, Microsoft has created a name in such novel technologies and so as far as Andromeda is concerned people are waiting for this gadget to get released. In this book, there are also details as in how Microsoft created this Surface brand and the other Surface products. It is estimated that the design will be such that it is bit bigger as compared to regular smartphones. Let’s see which phone comes first with the foldable screen technology! Soon, we would share the updates with you, here. 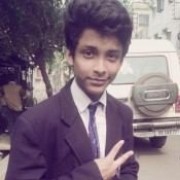