Apple made an announcement about its best chartbusters and content from App store and iTunes. Even though the best game and apps were selected, no formal awards were given. It is just that Apple selected each platform as in the iPhone, iPad, Mac, Apple TV etc and then from those platforms it selected the best apps and games.
The best iPad app was Froggipedia and in this you can take up frog dissection virtually. For iPhone, the best app was Procreate drawing app. On the mac the best app was Pixelmator Pro. On Apple TV the best app was Sweat.

As far as the games on this platforms are concerned those that topped up were Donut County, Alto’s Odyssey, Gorogoa and Gardens Between. Apple Watch is not yet a very popular platform and so nothing much was selected from the same. Apple also mentioned a long list of free apps from iPhone and iPad as well. Apart from that, Apple had also mentioned the most read stories of the year. Apple also came up with the most read eBooks, podcasts, audiobooks, and TV shows. Apple is not the only one who has mentioned the best of best. Google Play also came up with Best of 2018. There are many different categories here as well as in the fan favorite section, best game, best app and so on.

This is a good way to rewind the best stuff that the year had seen. If some people might have missed these best stuff then they can again get a picture of the same. Good that people love to watch what has happened! So, for them, these announcements have made a good relevance. So, just check out the best on the charts and see how things would matter to you! Find the best apps of the year and if you have not then started using them now. 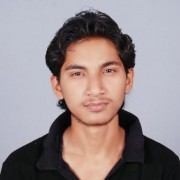